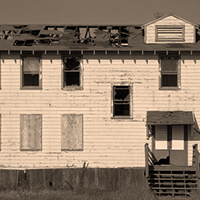 was the day that a terrorist drove a truck, loaded with more than 12,000 pounds of TNT, into the US Marine barracks in Beirut, Lebanon, and caused an explosion that killed 241 US Marines. In memory of the victims of that terrorist attack, Paper #109707, “Terrorist Attack on the US: Beirut, 1983”, was chosen as this week’s Paper of the Week on AcaDemon. Paper #109707 is a complete research paper that analyzes several aspects of the attack including how it differed from previous terrorist attacks and its implications for US policy regarding the safety of its troops and the nation. This paper is thoroughly researched and offers highly insightful analysis of a terrorist attack, which the author suggests ushered in a new era of terrorism.