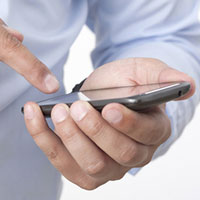 No doubt you are, if you’re like the six billion people in the world who have access to cell phones. Yes, believe it or not, six billion people, out of the world’s total population of seven billion, have access to cell phones. This fascinating fact is according to a UN study, which also noted that that number exceeds the number of people worldwide who have access to working toilets. Where did it all begin, you ask? Well, that’s what AcaDemon Paper of the Week, #149654, “The Growth of the Cell Phone”, discusses. This interesting and in-depth paper looks at the birth of the cell phone, its evolution, trends, and impact. This is not only an informative and well-written paper, it it also timely, as it was on October 9, 1947 that the first conversation between a moving car and a plane took place!